The crisis in Ukraine is creating so many more issues than when it first started, with the US Army providing around 25% of its Stinger shoulder-fired anti-aircraft missiles over the last couple of months to Ukraine... and that's causing a major issue for the USA. 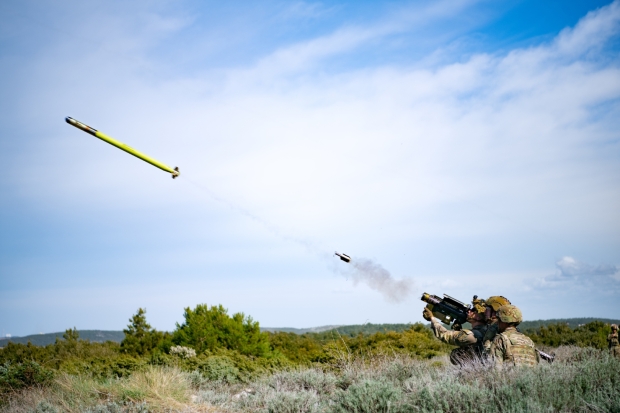 During a recent Senate Armed Services Committee hearing on the health of the defense industrial base, former Pentagon undersecretary for acquisition and sustainment Ellen Lord said that according to public-domain sources: "We have probably given Ukraine a quarter of our stocks" of Stinger missiles, but "we cannot, within the next couple of years, produce more, because we have a problem with the government not paying to maintain production capacity".

Not only that, but Raytheon Technologies CEO Greg Hayes explained: "We've been working with the DoD for the last couple of weeks, we're actively trying to resource some of the material, but unfortunately, DoD hasn't bought a Stinger in about 18 years and some of the components are no longer commercially available. So we're going to have to go out and redesign some of the electronics in the missile".

David Berteau, former Pentagon official who oversaw logistics and materiel, now CEO of the Professional Services Council said: "We're drawing down now. In some cases, I've seen about a third of our available stocks ... in less than two months. If we're one-third down in less than two months and we keep that rate up, that's only six months" to see their entire inventory vanish.

Berteau added: "There is no way a contractor is going to deliver replacements in less than that time, even if you started today. We're behind. You guys [Congress] should push them [the Pentagon] to hurry up".

The issues continue to burst out of the seams, with Sen. Richard Blumenthal (D-Conn.) said: "I think we've lost the luxury of time, here. The closet is bare." Blumenthal said the Army has handed over to Ukraine "one-third of its supply" of Javelin missiles, and to go from the current production rate of 1,000 a year to the "max amount," which he did not specify, "would take about a year. And replenishing U.S. stocks of those weapons would require 32 months." Without President Joe Biden invoking the Defense Production Act, "we will run out of these missiles ...These weapons will not magically appear for us, or our allies, or Ukraine".

So at the end of the day, if the US is attacked... well, at any time... and requires anti-aircraft missiles and Stingers, they won't be there. Without anything happening in between, we have 32 months until the US can replenish its stocks.

You can read more about this at the Air Force Magazine.