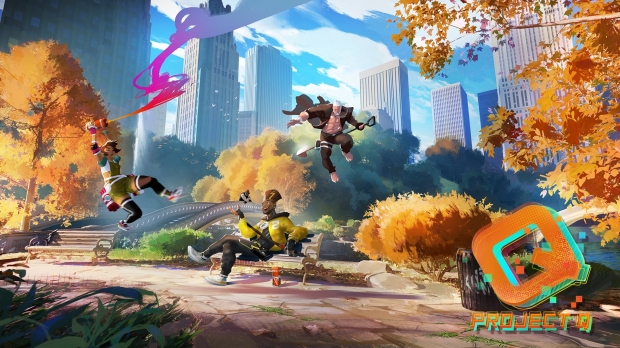 Ubisoft's latest game Project Q was recently leaked by NDA-bound playtesters and inside info from Tom Henderson, and now Ubisoft has made the news official.

"Introducing codename "Project Q", a team battle arena letting players truly own the experience! The game is in early development and we will keep testing," Ubisoft said in a Tweet announcement that prompted players to sign up to playtest.

That mention of "owning the experience" sure sounds like NFTs...but Ubisoft says Project Q won't have Quartz integration.

"We don't have plans to add NFTs to this game, you can find out more by registering and taking part in the upcoming tests!

"By the way, this is not a Battle Royale. The game will feature a variety of PvP modes with one single goal in mind: FUN!"

Read Also: Did Ubisoft break its promise to gamers? It appears so

While official details are light, the concept art seems to confirm multiple details outlined in the reports such as an irreverent, comical style and goofy weapons like shovels, paintguns, and fireworks. Project Q is also expected to have a 4v4 territories gametype.

Ubisoft Bordeaux is developing Project Q and the game is currently in early stages, not unlike every other F2P game that Ubisoft is working on. The publisher currently has over 20 games in development, 8 of which are expected to be free-to-play titles.