EVGA's new monster GeForce RTX 3090 Ti KINGPIN has been teased in the flesh, with a look at it nude -- well, the PCB at least -- it's the same thing. Let's do this: 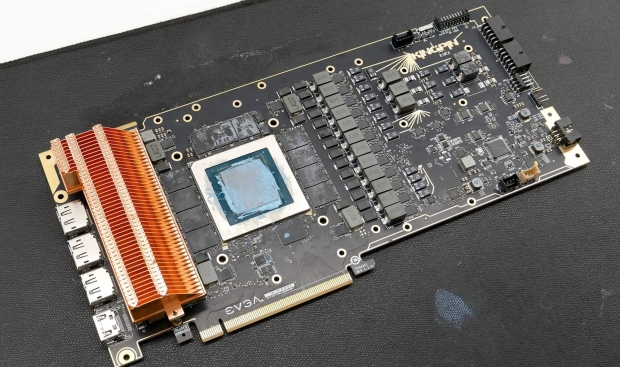 EVGA will be cooking up a custom "XOC" BIOS with unlocked power, which should truly unleash the GeForce RTX 3090 Ti KINGPIN for professional overclockers like EVGA's in-house OC guru Vince "KINGPIN" Lucido. This is his crown jewel GPU until Ada Lovelace is released later this year by NVIDIA.

There's no pricing on EVGA's new monster GeForce RTX 3090 Ti KINGPIN... but don't expect there to be many at all, and how ever many launch... well, the price is most likely to be pretty damn high.