Epic Games just released Unreal Engine 5 to developers and also shipped out a starter multiplayer game that's quite a bit like Mass Effect without powers. 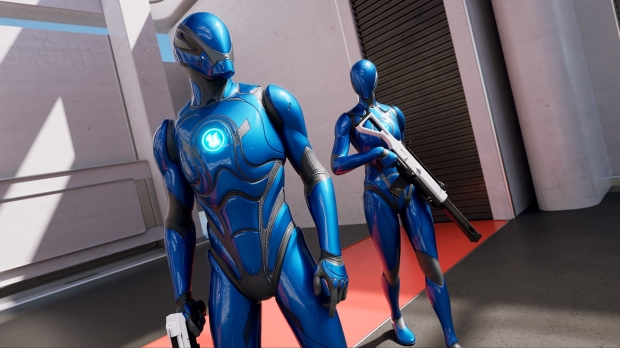 Alongside UE5, Epic Games is shipping out starter game projects. One of them, a futuristic third-person shooter called Lyra, is pretty interesting. Lyra is basically a shell or framework for a game and isn't necessarily a finished product. Devs are to take Lyra and transform it into something of their own, but at its core the game looks very similar to the third-person multiplayer modes found in Mass Effect 3 and Mass Effect Andromeda (without the awesome abilities, of course).

The recent Unreal Engine showcase highlighted how easy it was for developers to start up Lyra and make direct changes in real-time in UE5, utilizing effects like the direct import feature from other libraries like Artstation and Quixel Megascans as well as a showcase of the new advanced lumen lighting tech.

"Lyra is a complete end-to-end networked multiplayer game project that's an excellent foundation to build a game upon. It's built for modular components, utilizes Epic online services for matchmaking and is designed to run on PC, console, and mobile. With Lyra, you can jump in, customize it, add new content, and begin playtesting on day one," said Epic Games VP of Engineering Nick Penwarden.

Lyra Starter Game is a new sample gameplay project released with UE5. This starter game is being built alongside Unreal Engine development; it will be a living project that will continue to be upgraded in future releases to demonstrate our latest best practices for making games in UE5. While the feature set being released is just a core base, this game is still intended to be an excellent starting point for game developers to create new projects, as well as a hands-on learning resource. Lyra Starter Game will take over the role that ShooterGame served in UE4, but it is much more than a 1:1 replacement: it demonstrates scalability from mobile to high-end PC and cross-play multiplayer using Epic Online Services (EOS), and features a choice of two different game modes: Expanse (team deathmatch) and Convolution (control point).

The Lyra Starter Game also reveals our new UE5 Mannequins, Manny and Quinn, as playable characters. These Mannequins share the same core skeleton hierarchy as the MetaHumans, with a compatible animation system.