Ukraine has announced its forces have captured a "bizarre container" that has turned out to be a potential jackpot for foreign intelligence.

Russian forces are experiencing an unexpected level of Ukrainian resistance as they advance closer to Ukraine's capital Kyiv. Recently the Twitter account that is dedicated to posting updates on weapons has revealed that Ukrainian forces have captured a bizarre "container" that was later discovered to be a "potent Russian EW system" called "1RL257 Krasukha-4".

The Krasukha-4 is constructed by Concern Radio-Electronics Technologies which is owned by Russian state group Rostec. The EW system is designed to be a command post module that interrupts airborne systems, missile systems, and satellites/drones within 186 miles of where its stationed. The Krasukha-4 was found near Kyiv, which is understandable from a strategic perspective as it would provide Russia with cover for its advancement of troops. 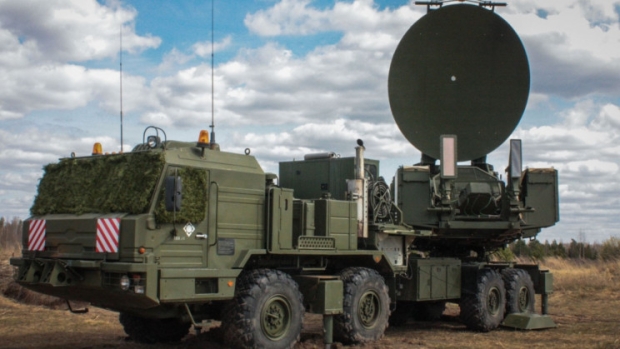 Now that the EW system is captured, Ukrainian forces can investigate how it works, discover its capabilities and create countermeasures.