Videos from a nearby mining CCTV camera and a car dashcam show a plane rapidly nosing diving into the ground before smoke is seen in the sky.

The plane is China Eastern Airlines flight MU5735, and it crashed in southern China on Monday after what seems to be an extremely fast nose dive. China's state-owned media have reported that of the 132 onboard, there were no survivors at the wreckage, marking China's worst air disaster in nearly three decades.

US Federal Aviation Administration investigator Michael Daniel, who has previously worked on cases where planes have seemingly nose-dived into the ground, said that at the top of his list to begin an investigation would be "foul play". Daniel noted that the plane had power while it was descending, "So, that kind of rules out a catastrophic type of failure".

Adding, "Even with catastrophic failures, a lot of times you'll see some opportunity for declaring an emergency, or mayday or, or something along those lines. There's nothing that's been released here that indicates any kind of distress call." 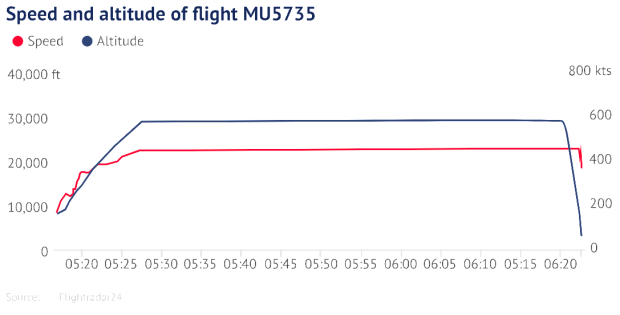 According to FlightRadar24 data, MU5735 descended nearly 26,000 feet in around 2 minutes, and as it plummeted towards the surface, the immense speed was tearing parts of the plane off. The Sydney Morning Herald reports that the rapid descent of MU5735 is similar to Egypt Air flight 990 that crashed into the Atlantic Ocean in 1999, and SilkAir flight 185 that crashed in Sumatra, Indonesia in 1997. Both of the aforementioned flights were at cruising altitude before they began nose-diving. 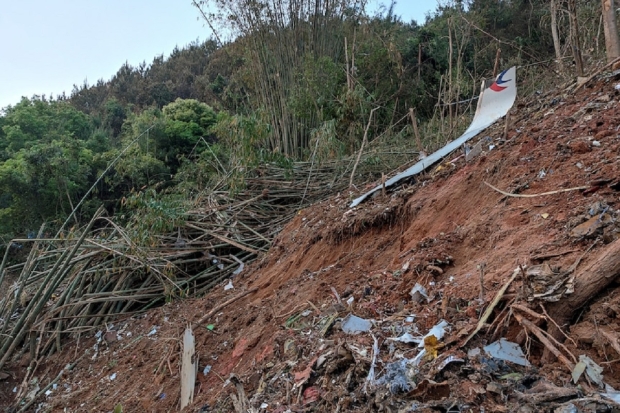 The Egyptian Civil Aviation Agency blamed the crash on a mechanical fault, and Indonesia's National Transportation Safety Committee said there was inconclusive evidence to determine what caused the crash. However, the US National Transportation Safety Board disagreed with the agency's responses to the crash and claimed that it had concluded that the pilots had intentionally crashed the planes.