The launch of the joint European-Russian mission had already been delayed from 2018, rescheduled for September 2022. 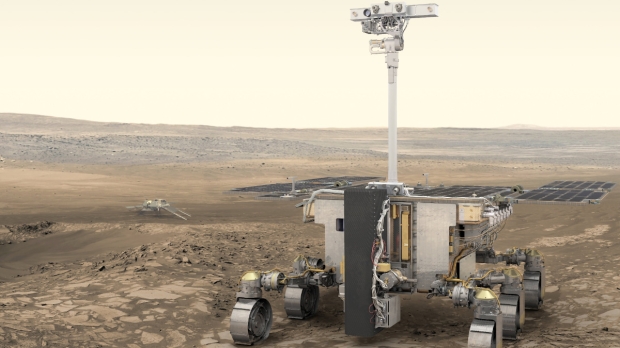 The Rosalind Franklin rover was built in collaboration between the European Space Agency (ESA) and Roscosmos, to be launched to Mars for the ExoMars mission. However, a March 15th meeting of the ESA's 22 member states has resulted in suspending the scheduled launch aboard a Russian proton rocket. The move fits into the broader sanctions imposed on Russia by the EU following Russia's invasion of Ukraine.

"Over the past two days, our Member States discussed the impact of the war in Ukraine on ESA's space programmes. Together, we took a tough - but necessary - decision to suspend the launch of ExoMars foreseen for September with Roscosmos, and to study options for a way forward," ESA director-general Joseph Aschbacher said on Twitter.

The ExoMars rover has been designed to search for traces of life in Mars' atmosphere and under the planet's surface. The rover's original launch was scheduled originally for 2018 but was postponed to 2020 due to issues with its landing parachutes and was again delayed until September 2022. It was supposed to launch on Russia's Proton rocket from the Baikonur Cosmodrome in Kazakhstan.

"ESA's ruling council, meeting in Paris on 16-17 March, assessed the situation arising from the war in Ukraine regarding ExoMars, and unanimously acknowledged the present impossibility of carrying out the ongoing cooperation with Roscosmos on the ExoMars rover mission with a launch in 2022. [The member states] mandated the ESA director general to take appropriate steps to suspend the cooperation activities accordingly [and] authorised the ESA Director General to carry out a fast-track industrial study to better define the available options for a way forward to implement the ExoMars rover mission," the ESA said in a statement.