It's pretty hard to find some silicon on this planet right now, next-gen consoles, any generation GPU, some generations of CPUs... but now a man has been busting illegally importing 160 CPUs into China. 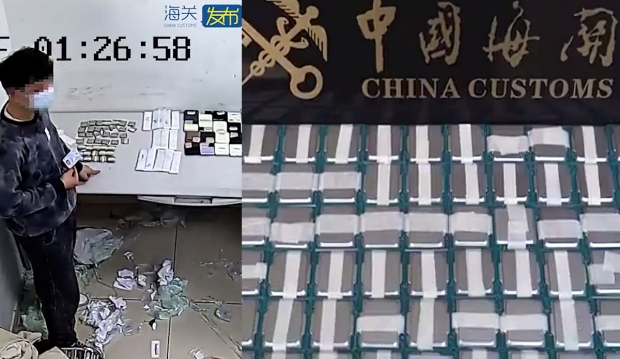 Chinese Customs Officials discovered that the "Walking CPU" or "CPU-Man" was trying to illegally import the processors into China, noticing that his walking posture was abnormal, custom officials pulled him to the side. Not only was he busted with 160 processors -- mostly Intel 11th Gen and 12th Gen Core CPUs -- he had 16 foldable smartphones on his person, too.

Chinese Customs Office explains: "[Walking CPU] On March 9, the gate customs seized an entry case of a passenger hiding a central processing unit (CPU). At about 1 a.m. that day, a man named Zeng entered the country through the customs "no declaration channel" at the travel inspection site of Gongbei Port. Customs officers found that his walking posture was abnormal and stopped him for inspection". 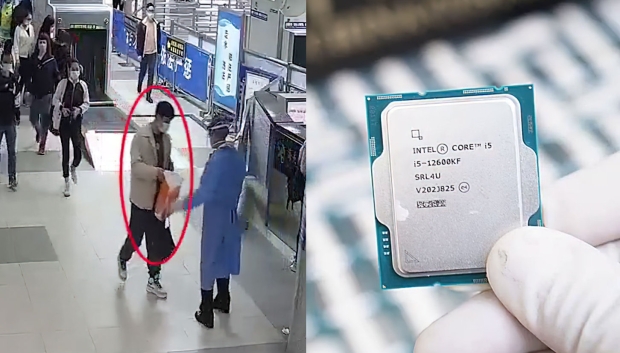 "After further inspection, customs officers seized a total of 160 CPUs and a total of 16 folded mobile phones tied with tape on the inner side of his calf, waist and abdomen. At present, the case has been further processed in accordance with relevant regulations. The customs reminds that the luggage items that individuals bring in and out of the country should be limited to their own use and a reasonable quantity, and should be subject to customs supervision. For those who evade customs supervision by means of personal concealment or item storage, which constitute smuggling, the customs will investigate legal responsibility according to law".