NASA is currently tracking an asteroid that is approximately the size of a football stadium as it makes a close approach with Earth. 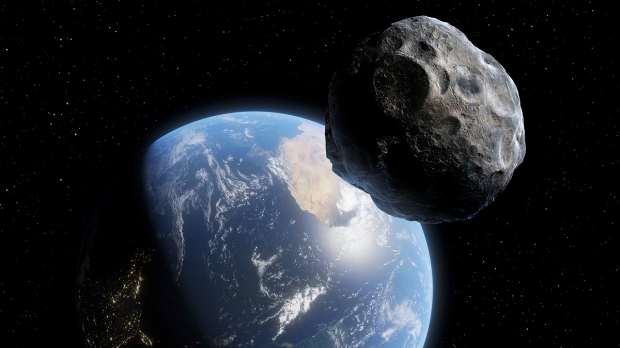 The asteroid is dubbed "Asteroid 2015 DR215," and according to NASA's Asteroid Watch database, the asteroid will make a safe fly-by Earth at a distance of 4,160,000 miles. It should be noted that while 2015 DR215 is classified as a "Potentially Hazardous Object," it doesn't mean that it could collide with Earth. NASA classifies any space rock that comes within 4.6 million miles of Earth, or 19.5 times the distance to the moon, as a potentially hazardous object.

Other criteria for an object to be classified as potentially hazardous includes being larger than 500 feet in diameter. As for 2015 DR215, while the asteroid may be stadium-sized, it will pose no risk to Earth as it passes by on March 11 at an incredible speed of 19,000 miles per hour. Notably, this isn't the first time 2015 DR215 has made a close approach with Earth, as its last fly-by was in March 2021. For more information on this story, check out this link here.