Since its invasion into Ukraine, Russia has been hit with sanctions that are crippling its economy, and as a result, the value of the country's native currency is plummeting. 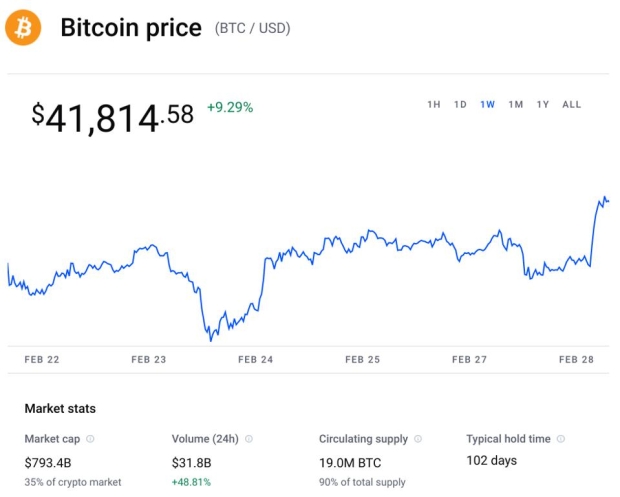 Over the weekend, Western nations implemented sanctions on Russia after it began its invasion into Ukraine. These sanctions caused investors to bail out of Russian assets, causing financial turmoil for the country, which is precisely what the sanctions were designed to do. Additionally, Russia has been removed from the SWIFT interbank messaging service, while also having its central bank assets seized. In order to keep things afloat, Russia more than doubled its interest rate, but that hasn't seemed to slow the crashing value of the ruble.

Since the sanctions and other economic impacts, the ruble has crashed by almost 30%, which makes Bitcoin's total value more than the ruble for the first time ever. Furthermore, Bitcoin has seen a spike in value by 20% compared to its trading price of around $35,000 USD last week. The spike in value for the digital asset can be attributed to the demand cryptocurrency is seeing in Ukraine and in Russia, as residents in both countries are deciding to store their wealth in digital assets that either government can't seize.