Some of Valve's hardware projects have gone the way of the dinosaurs, but the Steam Deck is different. 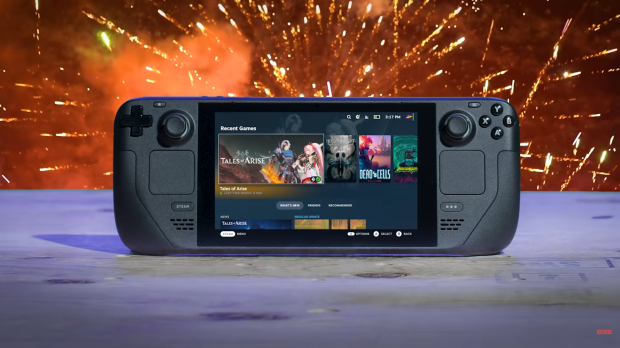 The Steam Deck isn't just an experimental product for Valve: It's a new gateway for its hardware business. The Steam Deck's vale proposition is attractive--play all your Steam games on-the-go with PC-level performance. But the work isn't done. The Steam Deck is a stepping stone, and Valve says it's far from finished with its new hybridized PC platform.

In a recent interview with Axios, Valve's Greg Coomer says the company is invested in the Steam Deck for the long haul. "The Steam Deck is the beginning of a new category that we will be developing and iterating on for a long time to come."

Valve's efforts with the Steam Deck prove just how dedicated it is to the new handheld. But it's not all about hardware, and software is just as important.

The Steam Deck's underpinning software and OS tech are just as important as the chips that power the device. Like the Xbox Series X and PS5, the Steam Deck was built from the ground up with a special AMD Ryzen SoC tailor-made for the portable PC. The Proton and SteamOS software was likewise made specifically for the Steam Deck to ensure seamless compatibility across multiple games, complete with usage profiles and nifty features like a Quick Resume-like functionality that actually has its own dedicated button.

In short: The Steam Deck is just an entry point into the PC-handheld landscape. Valve is making an earnest effort into standardizing the new emerging segment on a hardware, software, and compatibility level--something that which isn't readily available anywhere else.