In a news post yesterday I reported about the "NVIDIA RTX LHR v2 Unlocker" tool that would reportedly un-gimp an LHR-based GeForce RTX 30 series GPU... but man, we could not have been more wrong.

In the original article, I stated: "The way this new tool works is that the software implements a modification extracted from BIOSes that are detected by mining operating systems like HiveOS. The modification is then added into the BIOS of cards that have limited hash rate performance, while the new Unlocker software modifies, flashes, and gives you a backup of your BIOS. It's safe, and reversible, says Sergey". 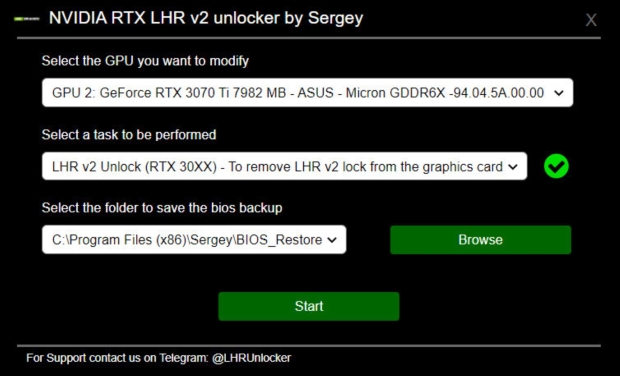