Imagine a future where you've purchased a brand new Intel Core i9 processor, let's say the Intel Core i9-14900K in a couple of years' time... and then you go to play a new movie in 8K 60FPS (we're in the future, guys). 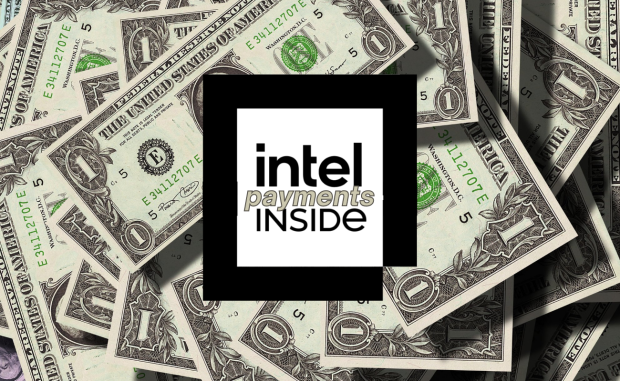 Blurt. System error. New feature required. Please pay Intel $149.99 to unlock the video codec required to playback your content. This is the future Intel is headed towards, Intel (payable, probably with some shitty Intel NFT or something) Inside.

Well, the future is now old man -- and with Linux 5.18 dropping in Spring 2022 we're seeing Intel rolling out its new Software Defined Silicon (SDSi) in the open-source Linux OS. This allows Intel Xeon CPUs to receive features and updates installed directly to the CPU, after you've purchased it. Intel's upcoming Xeon "Sapphire Rapids" CPUs will be the first processors with this new ability from the company. But man, people aren't happy... and for good reason.

Intel tried this back in 2010 with the "Intel Upgrade Service", with Andreas Schilling, editor @ HardwareLuxx, tweeting the reminder. He said that with the Intel Upgrade Service, users could purchase higher CPU clocks and more cache to particular Intel Core i3-2xxx (Sandy Bridge) processors. Schilling noted that the upgrade feature sucked so bad that Intel stopped it.

But now it's bringing it back, in the form of SDSi and through Linux 5.18 when it drops later this year.

Intel hasn't been clear about hiding features behind a paywall-style software-upgradeable CPU unlock, but these sure do seem like the steps Team Blue would need to do, in order to get there in the next few years... these are the stepping stones.

The move hasn't got everyone convinced, with Eric Kosovec, coder on GitHub explaining: "Only a matter of time before you bring this to end-user CPUs and we have to pay monthly to overclock or even pay per months of usage. You should be ashamed of yourselves as developers".

But on the flip side... it makes sense when Intel offers a gigantic range of CPUs in the Xeon family, with 57 different SKUs of Intel's upcoming third-gen Xeon processors. There are different core amounts, TDPs, boost CPU clocks, and much more between the Intel Xeon CPUs.

In the future, instead of having a plethora of CPU options, we could see the company reducing the amount of CPUs that it offers and instead, offer software-upgradeable features. We might see a future generation Intel Xeon CPU with only 5-10 processors in its stack.

This feels awfully close to microtransactions, something that gamers and PC users are already used to. Paying for the game up front, and then buying more content for the game over time -- sometimes, well most of the time -- paying more for in-game content than the full game cost itself. Hell, some of those games (Fortnite, Warzone, many more) are free and make oodles of money from in-game content.