Horizon Zero Dawn is now one of Sony's best-selling PlayStation games of all time. 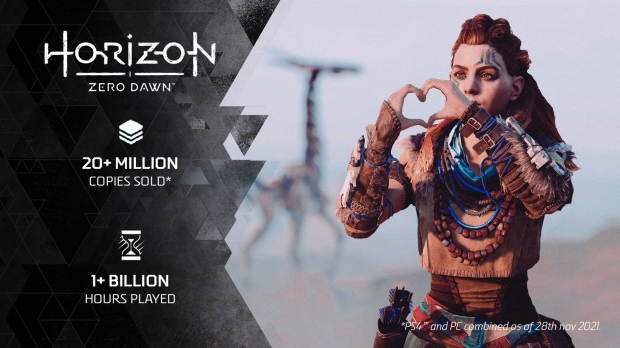 Sony's move to PC is paying off. Horizon Zero Dawn, one of the initial first-party PlayStation exclusives to cross over to PC, has now sold in a combined 20 million units across PS4 and PC. The news indicates a substantial spike in overall purchases and that the PC market is avid to consume games previously only available on PlayStation.

Back in 2019, Sony had announced HZD was at 10 million units. That's more than double the number of sales in 3 years' time, which is no small feat for an older evergreen game. The steep discounts, sales, and new PC release all helped to supercharge those numbers.

Guerrilla Games now has some of the top-selling games under its belt with the Killzone franchise and now Horizon. A new sequel to HZD, Horizon Forbidden West, is about to release on PS4 and PS5 to help bolster the series' earnings even more.

First-party game sales made up 12% of overall software unit sales during Sony's Q3'21 period, for example. That number could somewhat even out with more PC releases.