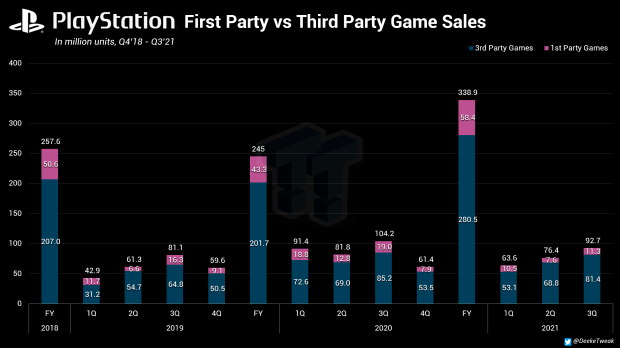 With high production values, dramatic storylines, and blockbuster action, Sony's first-party games have traditionally been marketed as system-sellers. The reality is that while first-party games do sell respectable volume every year, most PlayStation gamers are buying third-party titles on the platform.

Based from numbers provided by Sony, we've compiled a list of first-party game sales from FY2018 through the current Q3'2021 period. The results are surprising; First-party game sales have capped out at 27% of total software sales and dropped as low as 10% through lull periods. 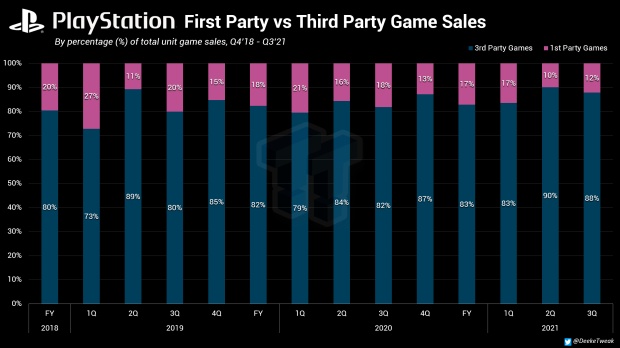 It's reasonable to guess that heavy-hitters like Spider-Man (2018), God of War (2018), Spider-Man Miles Morales (2020), and Ghost of Tsushima (2020) helped spike first-party game sales through their associated quarters and periods, but there's a heavy mix of games in these numbers. For example, Q3's holiday sales coincide with discounts and sales on the PS Store and retailers, and it's not always possible to know which games sold which figures (those really aren't updated by Sony over time).