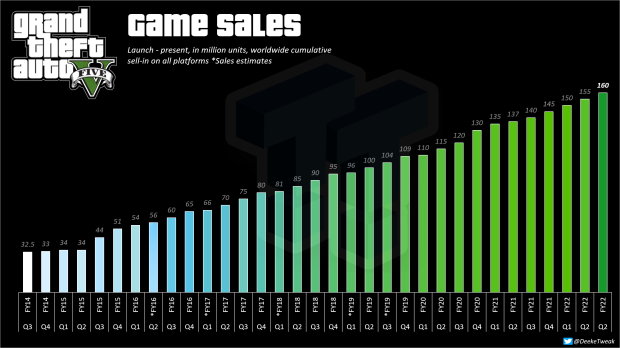 "Since its launch in 2013, Grand Theft Auto V has remained within the top five best-selling titles of each calendar year across the Americas including the U.S. and over 50 major worldwide territories," Take-Two CEO Strauss Zelnick said.

GTA V has sold 5 million copies per quarter across four consecutive periods. We typically track GTA revenues but those won't be available until Take-Two files its 10-Q SEC form, so keep a look out for that coverage when the materials become available.