The discovery has caused some controversy on whether it truly is the Endeavour. 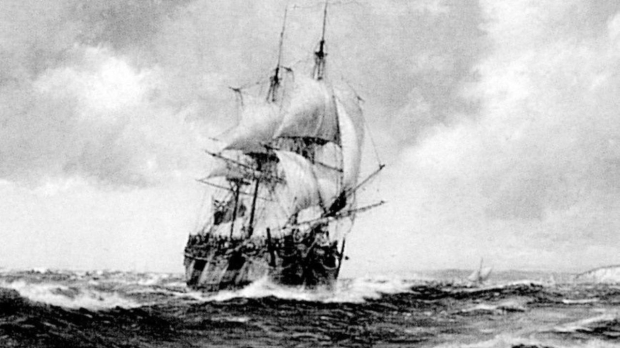 Researchers found the shipwreck off the coast of the U.S. state of Rhode Island. Researchers from the Australian National Maritime Museum have claimed it is the remains of Captain James Cook's ship, the HMS Endeavour, which sunk in August 1778. However, the Rhode Island Marine Archaeology Project has claimed it is too early to say definitively.

"Since 1999, we have been investigating several 18th-century shipwrecks in a two-square-mile area where we believed that Endeavour sank. Based on archival and archaeological evidence, I'm convinced it's the Endeavour." Kevin Sumption, director of the Australian National Maritime Museum.

The project executive director for the Rhode Island Marine Archaeology Project, DK Abbass, says the announcement is a "breach of contract" by the Australian National Maritime Museum and that "conclusions will be driven by proper scientific process and not Australian emotions or politics" regarding whether or not the shipwreck is indeed the Endeavour. 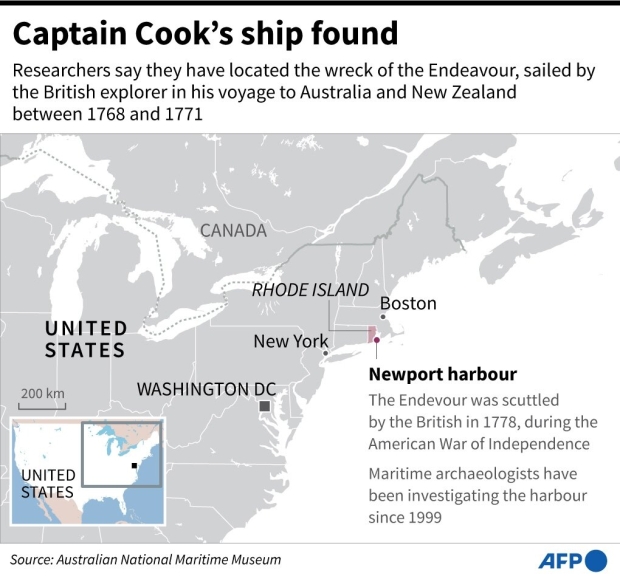