SpaceX is helping to carry out the NROL-87 mission for the National Reconnaissance Office (NRO).

The Falcon 9 carrying the classified payload was launched from Vandenberg Space Force Base in California on February 2nd at 12:27:26 p.m. PST (3:27:26 p.m. EST; 2027:26 UTC). The NRO owns the U.S. government's fleet of spy satellites, which map the Earth while monitoring communications between foreign entities and tracking global naval movements.

The first stage of the Falcon 9 returned safely to Earth just over eight minutes following launch, landing at Vandenberg's Landing Zone 4. Per the NRO's request, SpaceX's livestream coverage of the event ended shortly after the first stage touched down.

The NROL-87 marks SpaceX's fifth launch of 2022 and its 143rd overall. It is the second of three missions planned for the week, the first two days before NROL-87 with the launch of the Italian CSG-2 Earth-observation satellite to orbit from the Cape Canaveral Space Force Station (CCSFS). On February 3rd, SpaceX will launch 49 more of its Starlink satellites into orbit from NASA's Kennedy Space Center. 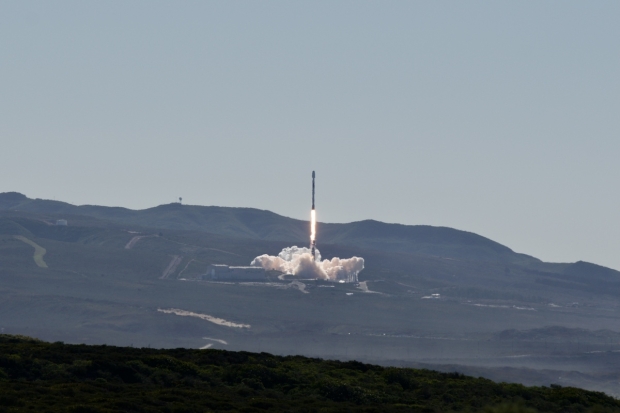