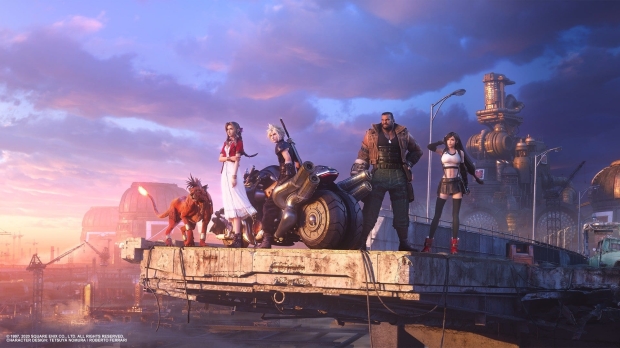 Final Fantasy 7 is so popular that Square Enix is treating as a mini-series. Mainline games will still continue--like Final Fantasy XVI--but the FF7 Series is getting its own galaxy of products too. Final Fantasy 7 Remake is just the beginning, and both Yoshinori Kitase (producer) and Tetsuya Nomura (creative director) tease more FF7 games.

"FF7 has re-emerged as the latest game in the series once again, with titles like Final Fantasy 7 Remake and Final Fantasy 7 The First Soldier, and you can look forward to even more exciting new developments in the future," producer Yoshinori Kitase said in a recent post.

"There will be even more new FF7 projects that started up after the remake coming in the future, too The team see this 2th anniversary as a waypoint on our journal with FF7, and will continue pressing ahead to even greater things, so please keep supporting us going forward!," creative director Tetsuya Nomura said.

The publisher has confirmed four FF7 projects including:

Square Enix has also said the next FF7R chapter could make use of INTERmission's new synergistic co-operative combat, which places stronger emphasis on characters who work close in tandem during fifghting.