As NASA continues the unfolding process of the James Webb Space Telescope that was launched on Christmas Day, many members of the public are wondering why the observatory doesn't have its own cameras.

NASA recently took to its blog and social media channels to explain why the James Webb Space Telescope (JWST) isn't equipped with its own cameras. According to the space agency, there were several problems engineers faced when drawing up JWST designs that included cameras, such as harnessing problems, combating the extreme glare the camera would experience if it was positioned on the Sun-facing side, and the lack of lighting the camera would have on the side shrouded in darkness.

In a series of tweets by NASA's official James Webb Telescope Twitter account, the space agency outlines more problems engineers faced, such as power, temperature, and complexity. Ultimately, Webb's engineers decided that "deployment surveillance cameras would not add significant information of value for engineering teams commanding the spacecraft from the ground." If you are interested in reading more about the James Webb Space Telescope, check out the below links! 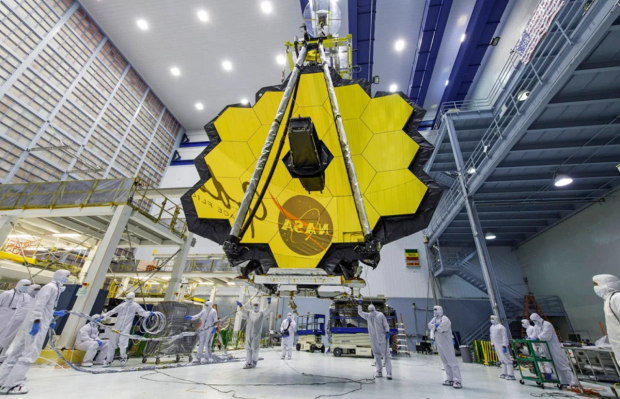