NVIDIA has announced that there are 10 games in the pipeline that will soon be receiving either DLSS or Reflex technologies when they launch this year.

The Day Before is a new open-world survival MMO from Fntastic, launching later this year and will pack NVIDIA DLSS support as well as 3 ray-traced effects: ambient occlusion, reflections, and global illumination. NVIDIA's injection of RTXGI will add performant infinite-bounce global illumination light from not only the sun, but from the moon and other natural light sources in the game.

Rainbow Six: Extraction is up next, from Ubisoft and will be launching with both NVIDIA DLSS and NVIDIA Reflex technologies -- but Rainbow Six: Siege runs on the same engine as Extraction -- so it should come as no surprise that the new game supports DLSS and Reflex tech.

Escape from Tarkov already supports NVIDIA Reflex, but the Battlestate Games-developed first-person shooter will soon have NVIDIA DLSS support in an update that the team says is "coming soon".

Voidtrain is launching later this year, rocking both NVIDIA DLSS and NVIDIA Reflex support -- with RTX effects that include reflections, ambient occlusion, and global illumination.

The Anacrusis launches next week, and rocks NVIDIA DLSS support.

Phantasy Star Online 2: New Genesis is about to get a big update on February 9, which will add NVIDIA DLSS support into the action RPG.

Rotten Reich started its life on Kickstarter, launches in September 2022, and will have a beta soon that will include DLSS, ray-traced reflections, shadows, and RTXGI.

Midnight Ghost Hunter will be launching in beta form this month, and will include NVIDIA DLSS and NVIDIA Reflex support.

SUPER PEOPLE is an upcoming free-to-play superhero-themed battle royale game, and will have the entire suite of NVIDIA technologies: NVIDIA DLSS, NVIDIA Reflex, and RTXGI. Hitman 3 will have NVIDIA DLSS support later this year, with a planned update expected that will add support for Deep Learning Super Sampling. 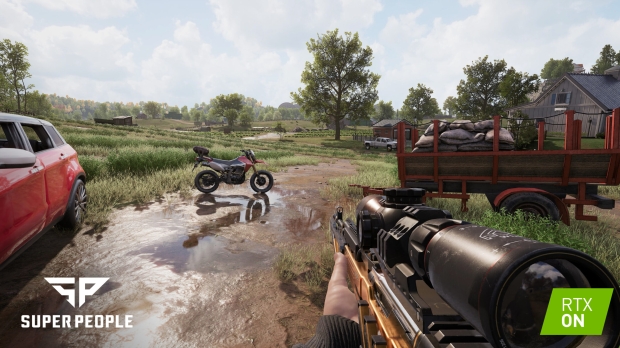