NASA is gearing up for the launch of a new telescope that will be able to see further back in time than any other telescope before it. 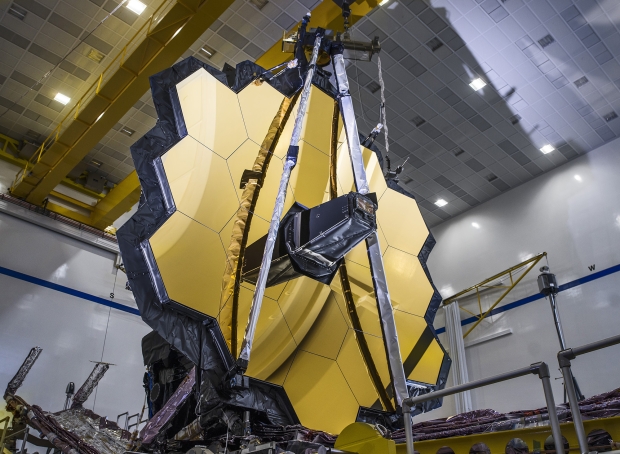 NASA is currently running the final tests for the James Webb Space Telescope (JWST) that is scheduled to launch no earlier than December 24. The new telescope, poised to be the successor to the Hubble Space Telescope, is the most complicated and advanced observatory ever built - truly a feat of engineering. The telescope will be capable of looking further back in time than any other telescope before it, giving researchers the opportunity to learn about the universe in its earliest stages.

According to a Reddit AMA with experts working on the James Webb Space Telescope, one way to imagine how far back in time JWST will be able to look is to envision all of the time being represented by a year-long calendar. If all of time since the beginning of the universe is represented as a calendar, the JWST will be able to see all the way back to January 6, if the day you look back is December 31 at 11:55 pm.

Read more: This is why you should be terrified for NASA next-gen telescope launch

"Webb will have the ability to look farther into the universe than ever before. It is difficult to comprehend the difference! One great way to communicate this is: Imagine all of time, from the beginning of the universe until now, is represented on a year long calendar. If right now is December 31 at 11:55pm, Webb will be able to see all the way back to January 6," wrote Karl Saad, Canadian Space Agency project manager.