Starfield's PC version will be available on at least three platforms: Steam, the Microsoft Store, and the Bethesda.net launcher. 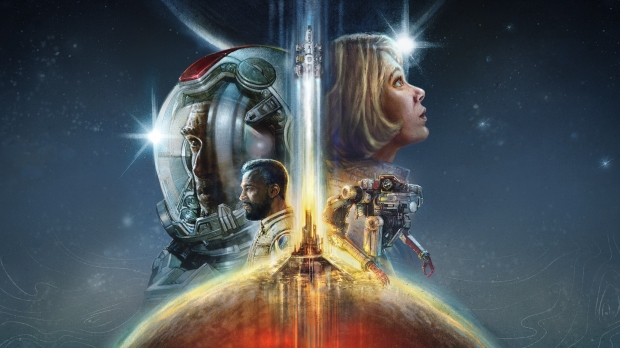 Starfield's Steam page just went live today confirming that, yes, the game will be sold on the platform. This is great news for gamers who plan to mod and alter Starfield, considering modding games isn't too easy on Game Pass PC titles. The storefront page doesn't reveal any new information about the upcoming singleplayer space RPG, but it does further solidify the game's November 11, 2022 release date.

This really isn't much of a surprise. Microsoft has regularly released its first-party games on Steam in an effort to maximize sales and Bethesda's huge new RPG should be no different. Starfield is the biggest game Bethesda Game Studios has ever made, and merges science with techno-fantasy complete with interstellar exploration and new game mechanics.

Starfield is also being built on a new next-gen Creation Engine will be exclusively released on PS5, Xbox Series X, and PC with no last-gen systems holding the game back.