A recently discovered comet is expected to make a close fly-by of Earth within the coming weeks, and it may even be visible to the unaided eye.

Comet Leonard, or C/2021, will be making its closest approach to Earth on December 12, bringing it 22 million miles away from our planet, which is about 90 times farther away than the Moon. NASA says in the above video that comets are notoriously difficult to predict in terms of brightness/visibility, but Comet Leonard is predicted to be bright enough to be able to view it with binoculars. However, the possibility of it being visible to the unaided eye is still on the table as well.

EarthSky reports that Comet Leonard is "likely to be 2021's best comet, and its brightest comet by year's end". For the first two weeks of December, Leonard is visible in the sky in the east before sunrise, and according to NASA, it can be seen passing between the Big Dipper's handle and Arcturus. The space agency also states that the time of Leonard's closest approach to Earth will coincide with its approach to the horizon in the sky, which means that it will likely be brighter but more difficult to observe. 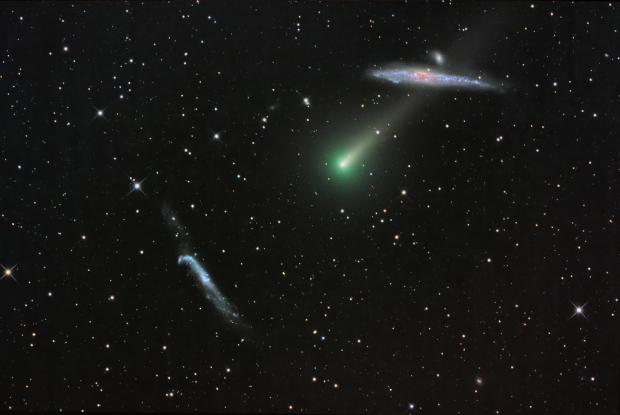 Astronomers Gregory Leonard discovered C/2021 on January 3, 2021, and according to Leonard, the last time the comet visited our solar system was likely 75,000 to 80,000 years ago. After it passes Earth and our Sun at the stunning speed of 158,084 miles per hour, it will be ejected from our solar system for millions of years, making this possible observation of Leonard a truly a once-in-a-lifetime event. 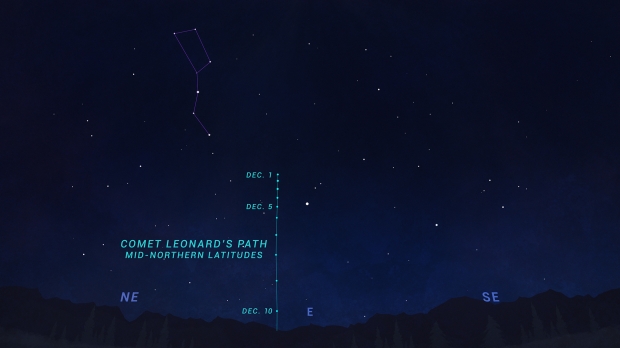 "So it's already had one passage, but of course nobody was really around to record that event. And now it appears this comet is on what we call hyperbolic orbit so once it passes the Sun, it will be ejected from the Solar System and is going to be flown out for millions of years until likely stumbling into another star system," says astronomer Gregory Leonard who discovered C/2021 told Inverse.

For more information on this coming comet sighting, check out this link here.