Taking place on Saturday, December 4th, you may be able to see the year's only total solar eclipse if you live towards the south pole. 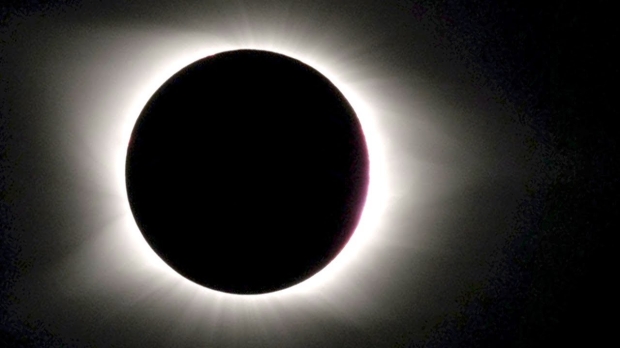 A solar eclipse occurs when a new moon moves in front of the Sun from a viewer's perspective on Earth. Total solar eclipses happen when the moon is close enough to Earth during its orbit that it blocks out the entirety of the Sun as it passes between the Earth and the Sun. The length of the totality and percent of Sun covered varies considerably based on the observer's location. It's not advised to look directly at the event without some form of protective eyewear.

In Antarctica, almost two minutes of totality is expected, and NASA will broadcast the event from Antarctica if the weather allows. The best views will be from there, but some eclipse will be partially viewable from Australia, New Zealand, Argentina, and South Africa.

The next total solar eclipse is not due for another 18 months following this one, and is expected on April 20th, 2023, occurring mostly over Asia. The next lunar eclipse however is due for May 15th-16th in 2022, to tie you over.