The American Meteor Society (AMS) has tracked another fireball event across the United States, as more than 50 people have reported a sighting.

The new listing appears on the American Meteor Society website and states the AMS received 52 reports about a fireball appearing in the night sky over several US states. Reports came from Georgia, South Carolina, North Carolina, Mississippi, Tennessee, Kentucky, Alabama, Ohio, and Indianapolis. The AMS says that the sighting occurred on Wednesday, December 1st, 2021, around 03:14 UT.

Reports indicate that the fireball was visible for around 2.5 seconds before it disintegrated in Earth's atmosphere, seemingly disappearing in front of onlookers. For those that don't know, the AMS categorizes a meteor as a "fireball" if it is brighter than the planet Venus. There is two videos of the entry of the fireball, one above and one below. If you are interested in reading more about meteors, check out this link here. 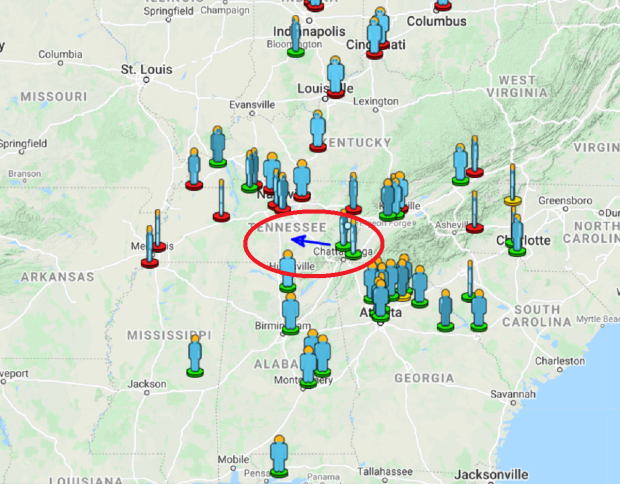