The Sun has released a coronal mass ejection (CME) into space, and Earth will get impacted by a small portion of it. 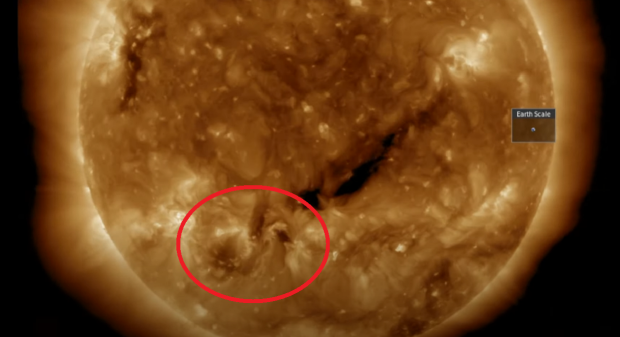 Spaceweather.com reports that one of the plasma filaments located on the Sun's southern hemisphere snapped and collapsed, pushing a large amount of particles out at a wide-angle. The majority of the burst is expected to head south past Earth, but a small portion will still impact our magnetic field, which has resulted in forecasters predicting minor G1-class geomagnetic storms for November 27.

When the plasma filament snapped, a "canyon of fire" was carved into the surface of the Sun that was visible for more than 6 hours after the event. Additionally, the blast that is headed our way may be powerful enough to cause Arctic auroras, which always makes for an incredible photography opportunity. In other Sun-related news, a satellite is going to perform its riskiest fly-by of Earth yet on its way to the Sun, check out that story here.