In the coming days, the European Space Agency's Solar Orbiter will perform its riskiest fly-by of Earth yet as it makes its way towards the Sun. 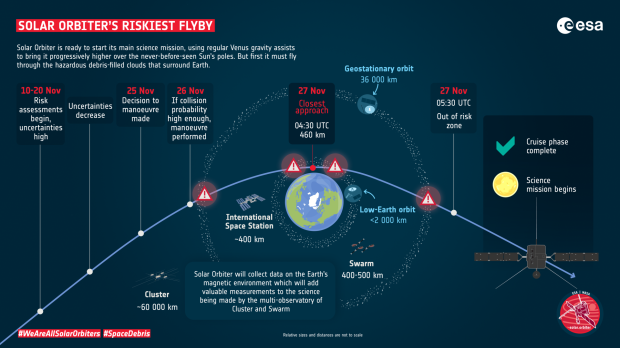 The European Space Agency (ESA) has detailed on its website the upcoming mission for its Solar Orbiter. The satellite is returning back to Earth before it makes it way back towards the Sun to observe the fiery ball in an attempt to understand space weather better. Before it can measure the Sun, the Solar Orbiter must pass closely with Earth in order to slow down and be lined up for a close pass with the Sun.

During this maneuver, the Solar Orbiter will come within 286 miles of the planet's surface, which is only a little bit above where the International Space Station orbits (250 miles). However, that isn't where the risk lies. The ESA detail in the infographic found above that the Solar Orbiter will have to pass through two layers of space debris that could potentially damage the satellite.

The Low Earth Orbit zone and the Geostationary orbit are both littered with space debris and other satellites, which means the ESA will have to monitor the satellite closely and adjust its trajectory if there is a detected chance of collision. 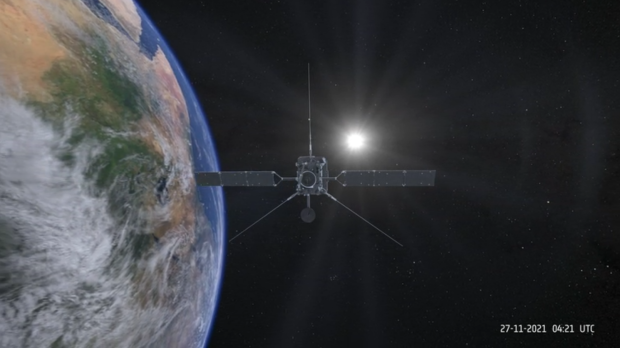 While there are certainly risks with this maneuver, there is a payoff. While the solar orbiter is entering Earth's atmosphere, it will measure and observe the planet's magnetic field and how it interacts with solar wind from the Sun. The data from its fly-by will then be compared to other ESA missions such as Cluster and Swarm.

If you are interested in reading more about this upcoming mission, check out this link here.