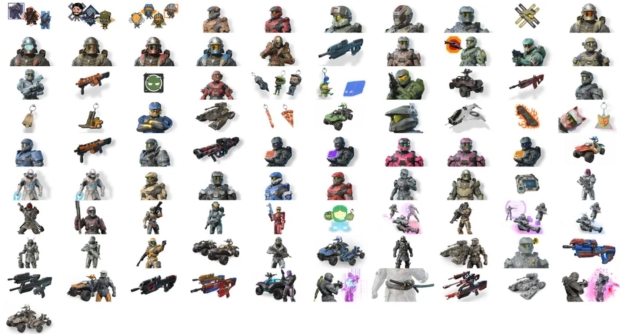 Microsoft reminds us that monetization is a big reason why Halo Infinite exists. Dataminers have uncovered what can be purchased in Halo Infinite's first season from the in-game store, which includes 88 items of varying pricing. None of the items can actually be earned by playing and are exclusive to the store.

According to an excellent breakdown by Redditor samurai1226, buying each individual piece of content would cost as much as two Xbox Series X consoles--or roughly $1,035. 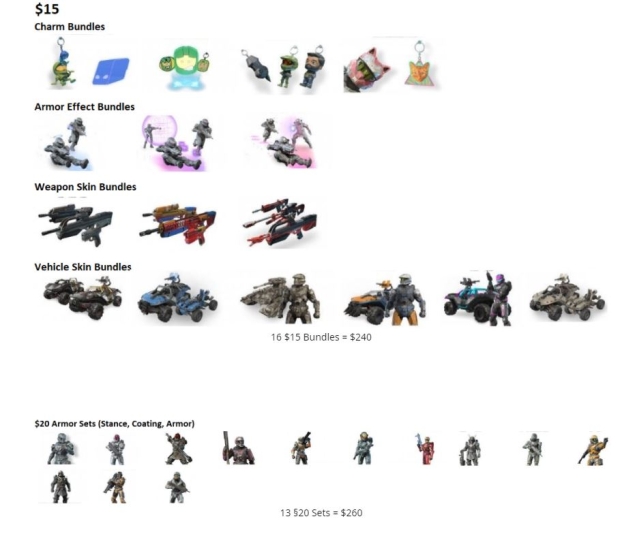 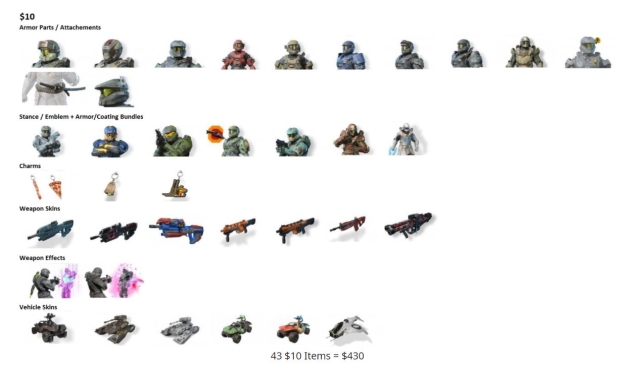 Monetization remains one of the most controversial parts of Halo Infinite. For example, gamers have to spend money to make their Spartans look exactly like one of Noble Team's members as specific pieces of armor can only be used on a custom Spartan if they are purchased. Gamers say that Infinite is over-monetized and doesn't give enough content in return.

This, on top of the $10 battle pass and the storefront microtransactions that exist outside of the earnable and BP items has ignited a fire of annoyance in the gaming scene. It's to the point where Halo players are burning out and taking a break--or quitting altogether.

This seems to go against the things that 343i originally promised (in a now-deleted post):