Tonight an astronomy event will take place that hasn't happened for hundreds of years. The Moon will pass through Earth's shadow to create the longest partial lunar eclipse since 1440.

AccuWeather reports that an astronomical event will happen on the night of Thursday, November 18, into the morning of November 19. Many countries around the world will be able to take part in the event, including North America, Australia, New Zealand, eastern Asia, and parts of South America. It should be noted that this is the longest partial lunar eclipse since 1440 and not the longest total lunar eclipse as that title is held by the total lunar eclipse that occurred in July 2018, which was about 12 minutes longer than the one that will happen tonight.

Most of the United States is expected to have quite good viewing conditions, as AccuWeather meteorologists predict that parts of southern Plains and the lower Midwest will have "excellent viewing conditions" across the Southeast. If you are unable to enjoy the eclipse in person, but would still like to see what it looks like, there is the timeanddate livestream that can be found above. If you are interested in learning more about the coming partial lunar eclipse, check out this link here. 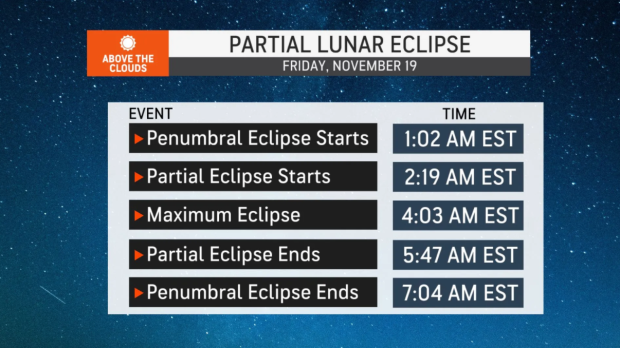 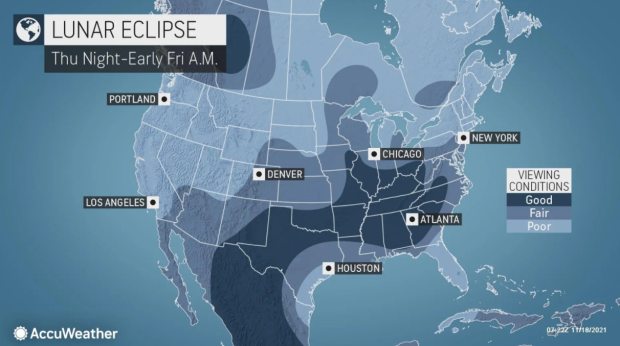