NASA has published a new image that's a part of Nebula November, and this time around, the agency has detailed a dark nebula dubbed LDN 1165.

LDN 1165 is located in the constellation Cepheus and is a member of the agency's catalog of Dark Nebulae, which are also called absorption nebulae. NASA explains in a new blog post that absorption nebula don't reflect or emit light like other nebula but instead block out any light that is coming from behind them. The agency continues to explain that these dark nebulae contain high amounts of dust, which is what prevents any light from protruding throughout the other side of the nebula.

Additionally, these dark nebulae are sometimes called "holes in the sky", purely because of the complete lack of light. However, this name may not be entirely accurate as NASA writes that while dark nebulae look like nothing at all, there could be plenty of star-forming activity occurring inside of the dense clouds. As for LDN 1165, Hubble peered closely at the dark nebula, and according to NASA, the bright region "is likely a star-forming region that may hold one or more young protostars." See the image below. 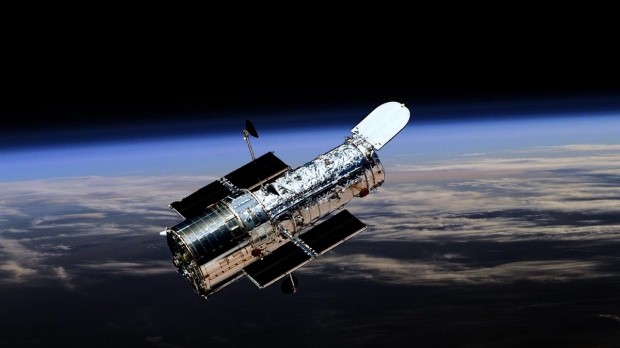