It isn't a car or a plane that holds the record for the fastest human-made object. It's a NASA probe that is about to make its closest approach to the Sun yet. 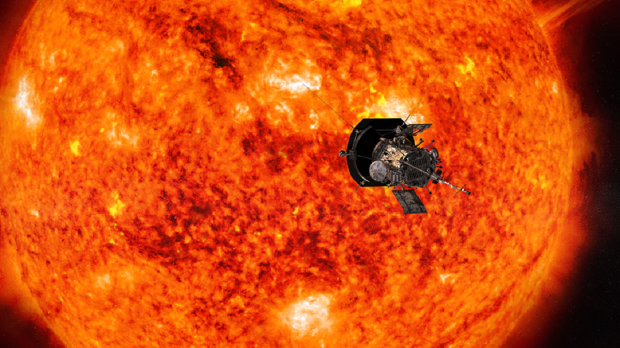 NASA's Parker Solar Probe recently took a swing around Venus, gaining some speed through sling-shotting itself through its gravitational pull, and is now on its way to the Sun, where it will come within about 5.3 million miles to its while traveling up to speeds of 101 miles per second, or 364,621 miles per hour.

The goal of the fly-by is to capture data on the solar wind that is close to the Sun's surface and hopefully provide valuable data to researchers that will unlock a deeper understanding of our Sun and thus other stars. There is a large dust cloud circling the Sun, and engineers have constructed the Parker probe to be able to survive what it will encounter. However, this region of space is still yet to be discovered, so it certainly presents challenges for researchers and engineers, which NASA acknowledges.

Jim Kinnison, Parker Solar Probe mission systems engineer at APL, said, "We designed materials and components that survive hypervelocity dust impacts and the effects of the even smaller particles created in these impacts. We modeled the makeup and effects of the dust environment, tested how materials react to the dust particles, and installed fault-tolerant onboard systems that are keeping Parker Solar Probe safe in this unexplored region."

For more information on this story, check out NASA's blog post here.