Activision just reported its best Q3 in the last 10 years, but its critical holiday quarter may not shatter any records. 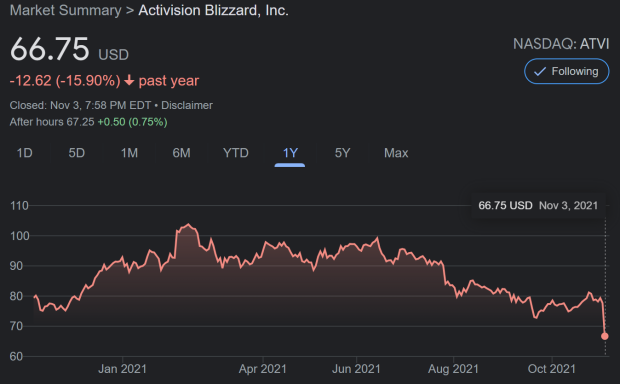 Activision-Blizzard shares are down by 14% despite its explosive Q3 period where it reported 10-year highs for revenue, operating income, and net income. The culprit involves the company's ongoing lawsuits and investigations regarding sexual harassment and its weaker Q4 forecast.

The company expects to make $2.02 billion in Q4 2021 on the backs of Call of Duty: Vanguard and a mighty deferral. That's 16% lower than last year's $2,4 billion generated from higher-than-expected sales and monetization during COVID-19 lockdowns and the release of both Black Ops Cold War and the World of Warcraft Shadowlands expansion in Q4'20.

Although net revenues have slipped over last year, net bookings are expected to drop by only 8.8% to $2.783 billion thanks to a strong $763 million net revenue deferral that Activision will add to its Q4 net revenues.