Halo modder RejectedShotgun is one step closer to huge global battles in Halo 3. 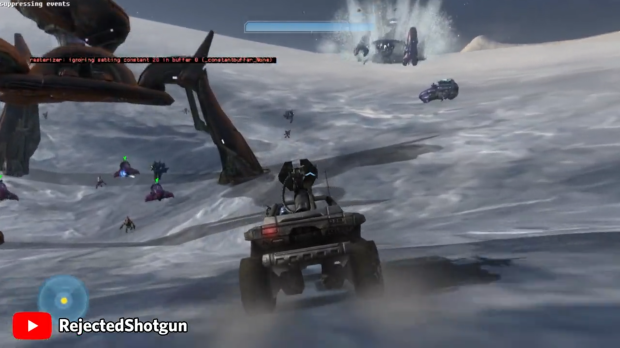 Halo 3 originally had a global battle feature that emphasized crazy wide-scale combat. That feature was cut (likely due to console hardware memory constraints) and Halo 3's AI limit was capped at 40 enemies on the screen at once. This attests to Bungie's creativity with those crazy open-ended battle sequences.

That limit is still in place, but modder RejectedShotgun has found a way to bypass it with a script that dynamically loads enemy AI in and out of sequences as needed. So far over 100 enemy AI can be loaded in and out in this wary. The result creates an illusion of bigger battles especially when you're roaming through areas on vehicles.

There's no mod released yet for this feature, but RejectedShotgun did release an awesome AI War mod that recreates the Ark mission with never-ending enemy and ally spawns to enable Firefight-like battle sequences.

You can grab the AI War mod here.