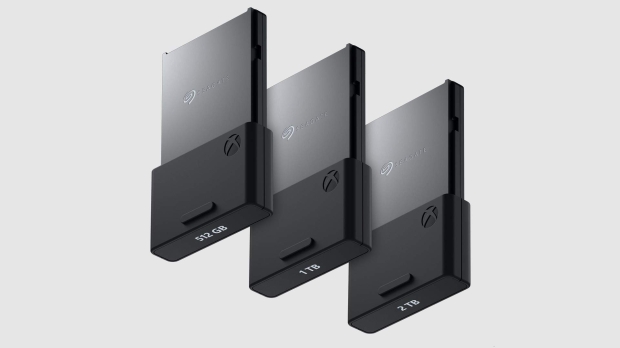 Seagate is introducing two new Xbox Series X/S SSDs to help fill out the price spectrum: a 512GB SSD for $139 that will be available mid-November, and a 2TB SSD for an eye-watering $399 that's coming in December, which is more than the Xbox Series S' MSRP of $299. Each drive has the same performance of an internal Xbox Series X/S SSD.

By December, Xbox gamers will have three options to upgrade their next-gen Xbox storage:

Seagate's drives are no-fuss and slot right into the Xbox consoles via CFExpress delivery cards. There's no need to check speeds, format anything, or open the console like with the PlayStation 5. Heatsinks are also unncessary.

Storage has always been an issue for next-gen consoles--the PS5, in particular, only has 667GB of usable space whereas the Xbox Series X has 802GB after formatting and OS partitions--and Game Pass is a big delivery mechanism for Xbox.

It'll be interesting to see if other partners roll out storage solutions soon. If you don't want to pay these prices, you could try your luck with this $30 adapter.