NASA is working towards getting humans on multiple planets in an effort to protect the species from extinction and expand our knowledge. But when will this happen? 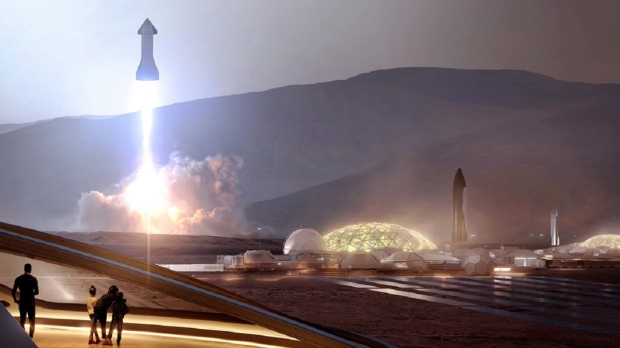 According to a team of NASA scientists who published a paper on the pre-print server arXiv, humanity entered a "window of peril" when the first nuclear weapons were developed and deployed close to the end of World War II. The paper states that this "window of peril" will not be closed "until robust off-world colonies become a reality." The paper explores the timeline of when humans will be able to get off Earth and spread out amongst the stars.

The team of researchers concentrated their efforts on predicting the future of advanced computing power, which would be a major factor in allowing humans to reach far into space and colonize other planets. According to the results of the paper, NASA researchers estimate that humans could land the first humans on Mars by 2038. Additionally, the researchers predict that humans could reach the Asteroid Belt sometime around the year 2064. Lastly, humans could venture to the nearest neighboring star, Proxima Centauri, by 2254.

The team wrote, "Beginning with the development and deployment of the first nuclear weapons near the end of World War II, humanity entered a 'Window of Peril' which will not be safely closed until robust off-world colonies become a reality."

Adding, "Our findings suggest the first human-crewed missions to land on Mars, selected Asteroid Belt objects, and selected moons of Jupiter and Saturn can occur before the end of the 21st century. An aggressive and sustained space exploration program, which includes colonization, is thus seen as critical to the long-term survival of the human race."

Concluding, "By creating at least one, and preferably multiple, self-sustaining and genetically viable off-world colonies, humanity can best assure its long-term survival from both natural and human-caused calamities that threaten life on Earth. Off-world colonization, like the Great Filter's self-annihilation, is within humanity's reach - which we choose as our future will constitute Earth's reply to Fermi's Paradox."