Acer has just revealed its gaming-focused Predator GD711 gaming projector, which is capable of projecting 4K content, supports the next-gen Microsoft Series X/S and Sony PlayStation 5 consoles and can ramp up to a hefty 240Hz on the PC.

For gamers, the new Acer Predator GD711 gaming projector can blast out 1080p 120Hz on the Xbox Series X/S and PlayStation 5 consoles with VRR, or up to 1080p 240Hz on the PC with High Frame Rate mode. We have 4000 LED lumens of brightness, high dynamic contrast, and HDR10 on the Acer Predator GD711 projector, too.

Acer has a throw ratio of 1.22 meaning you can get a large variety of screen sizes, with a huge 100-inch screen projected from just 2.7m (8.85 ft) away. There's a 10W speaker built-in for some basic audio, a remote control, and a wicked style on the outside. Acer says its new Predator GD711 gaming projector is good for up to 30,000 hours of use... which is actually pretty crazy. 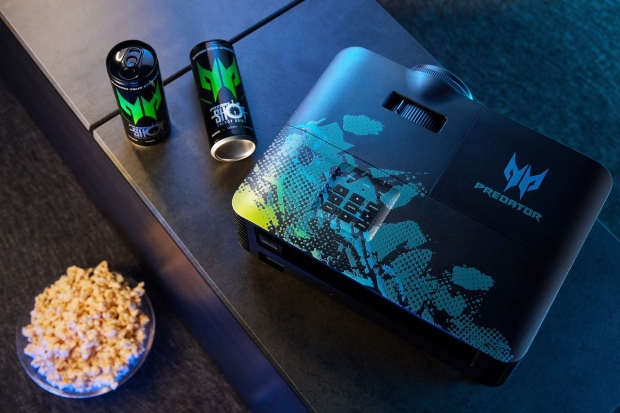 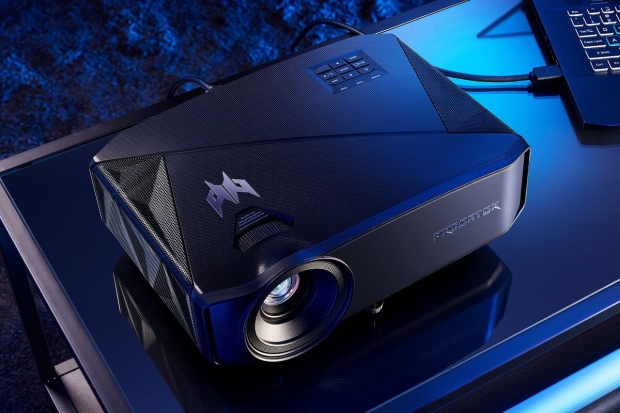 There's also 3D glasses which are sold separately, with 1080p 3D content and 3D Blu-ray players, 3D set-top boxes, and 3D consoles all "without the need for an additional PC" if you want to enjoy some 3D content on the Acer Predator GD711 gaming projector.

It sounds good and all, but bumping down to 1080p isn't going to be nice on a projector with a large screen... but I'll wait until I get some eyes-on with the Acer Predator GD711 before I pass judgment. Acer's new Predator GD711 gaming projector will be launching in December 2021, and more so in 2022 and beyond.