UPDATE: The original GTA trilogy has been removed from PS4 now too.

At the behest of Rockstar Games, Valve has removed and delisted the original Grand Theft Auto 3D trilogy from Steam. 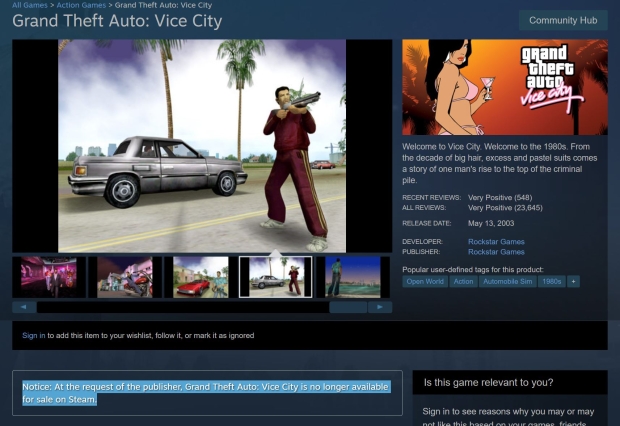 Interestingly enough, gamers can still buy the GTA trilogy on the PlayStation Store for $34.99, but GTA San Andreas has been removed for sale on the Xbox store.

The decision to delist the original trilogy has been met with controversy among fans who want to preserve the original games--and their associated mods.

Anyone who already owns the original games on Steam (or Xbox) can still launch and play them, but the titles are no longer available for sale and won't be coming back.