One YouTuber makes a leaning tower of broken PlayStation 4's to show gamers how useless video games hardware can stack up when the tools to repair them don't exist.

YouTuber TronixFix has stacked up 42 malfunctioning PS4s on top of one another in an effort to visually demonstrate the importance of right-to-repair laws (and to potentially set a new world record). The idea is to show how useless and broken technology can literally pile up when consumers don't have replacement parts to fix them. It's kind of a protest in favor of right-to-repair legislation in the United States, which has been opposed by consumer technology firms.

Right now it is technically legal to fix consumer tech, but companies like Sony do not make the tools or replacement parts widely available. So while you have the freedom to open up your consoles, Sony will not sell you the parts to repair your systems--instead they charge a fee to fix hardware that's out of warranty, and often also charge shipping fees to transport broken hardware to and from their facilities.

As a result, some video games hardware--namely PlayStation 4s--can't be adequately repaired and become expensive bricks.

Four requirements for electronic devices are of particular importance: 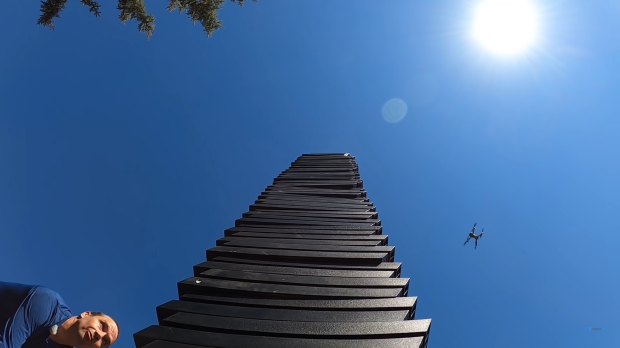