The European Space Agency's Rosetta spacecraft landed on the comet 67P/Churyumov-Gerasimenko back in 2014, and now the comet is making a very fast approach towards Earth. 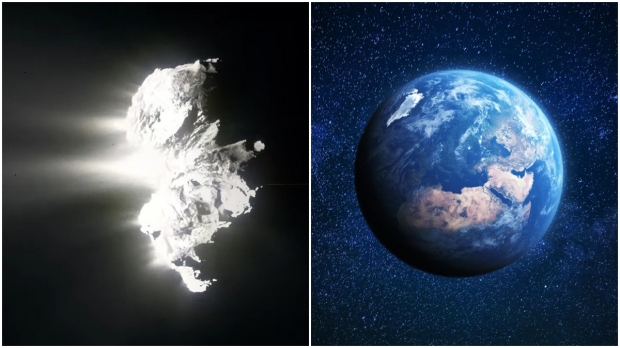 The achievement of landing on the comet with the Rosetta spacecraft in August of 2014 put 67P on the map. The Rosetta spacecraft traveled with the comet for two years, and in during that time, it sent down Rosetta's lander that touched down on the surface of the comet. Now, 67P is on its way to making its closest approach with Earth for the next 193 years. Next closest approach will be in 2214.

67P will pass safely pass Earth between November 11 and November 12 at a distance of about 38 million miles. The world-famous comet was first discovered back in 1969 by Soviet and Ukrainian astronomer Klim Churyumov. The comet's orbital period has been calculated to be 6.45 years, meaning it takes 6.45 years to complete its full orbit around the Sun. Additionally, it's traveling at a ridiculous speed of 84,000 mph. For more information on this story, check out this link here.