On Monday, a volcano erupted on a Spanish island, and now residents are filming the giant rivers of oozing lava flowing down streets.

The Cumbre Vieja ridge is where the eruption occurred, and the 5,500 residents in the nearby area were lucky enough to put some distance between them and the volcano, thanks to early warnings from scientists. The first eruption was heard on Sunday afternoon, and onlookers saw the Cumbre Vieja ridge spewing bright red magma into the air.

According to the Canary Islands Volcanology Institute, the lava measured in at more than 1,800 F and was moving 2,300 feet per hour, headed towards the Atlantic Ocean. As previously mentioned, prompt warnings from officials caused all residents in the area to evacuate, avoiding any casualties. However, officials are saying the lava flow could last for weeks or even months.

Spanish Prime Minister Pedro Sanchez has promised he will assist residents in rebuilding more than 100 homes that have been destroyed from the eruption. For more information on this story, check out this link here. 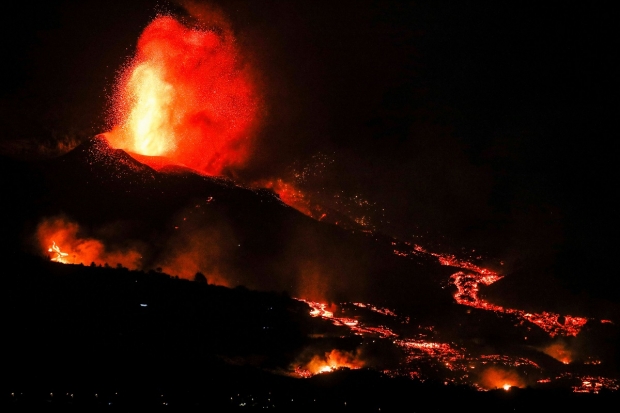