There are some things on Earth that are yet to receive an explanation, and the Al-Naslaa, located in the Tayma Oasis in Saudi Arabia, is one of them.

The Al-Naslaa Rock dates back to more than 4,000 years ago and has puzzled historians, geologists, and tourists for many years, as onlookers attempt to try and figure out how the rocks have seemingly formed with this laser precision. The entire formation features two pieces of sandstone balancing on two naturally forming pedestals. Each of the pieces of sandstone is unique but has been perfectly split in the middle.

The split that is featured down the middle seemingly looks like extraterrestrials have cut the stone with a laser, but as you can imagine, there is no significant evidence to back up that claim. In addition to having a mysterious split down the middle, the Al Naslaa also featured petroglyphs on its surfacing as the location of the rock was once occupied by ancient civilizations. 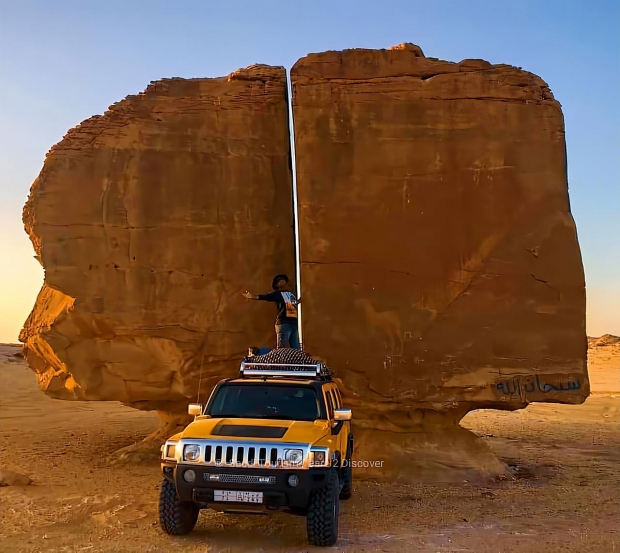 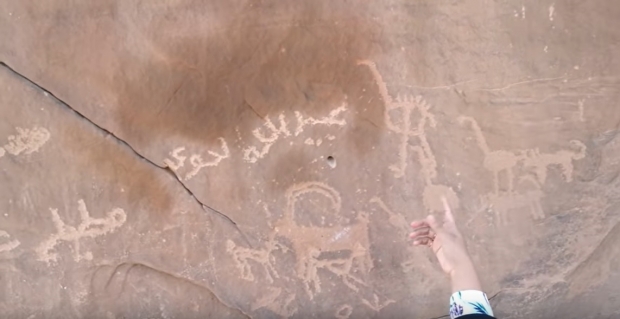 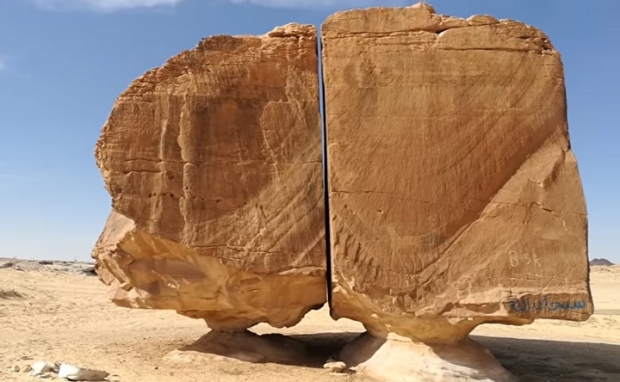