LEGO just announced a new Mario-themed LEGO set that costs almost as much as a Switch Lite handheld console.

Nintendo's new Mario 64 LEGO set commands a steep $169.99 price tag (that's just $30 short of a Switch Lite) and features some very powerful 90s nostalgia complete with various zones lifted right from the titular N64 title. The company has made a mint with its NES and SNES Classic Edition mini console re-releases, and now it's cashing in on the old-school polygonal charm of Mario 64 with its expensive new builder's set.

Like the NES LEGO set before it, the Mario 64 edition also has an innovative gimmick. This time the entire set folds out from a power-up block straight out of the beloved platformer franchise (which is admittedly really awesome).

The price is a bit of a sticking point. This is the second Nintendo-branded LEGO set that's cost nearly as much as actual Switch hardware--the first was the $230 NES set with its nifty moving TV screen.

Nintendo is no stranger to premium product pricing and its first-party games aren't discounted as heavily as its competitors. 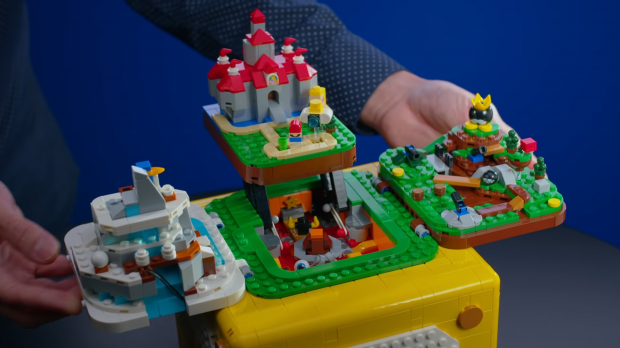