Humans are constantly searching for other forms of life out in the cosmos, and most of the areas we are searching the hardest are on Earth-like.

It makes sense to search the cosmos for planets that are similar to Earth as that is the only planet we know of to host life. However, the universe is extremely diverse in the types of planets that it has produced, which means life could be elsewhere, but we just haven't checked. A new study by researchers from the Institute of Astronomy at the University of Cambridge in England has honed in on one type of planet, "hycean" planets, or "super-Earths."

These planets are around 2.5 times larger than Earth, have hydrogen-rich atmospheres, and are mostly covered in large oceans of liquid water, which researchers believe could contain microbial life much as we see here on Earth. On Earth, we have observed microbial life surviving in extreme environments such as miles beneath the Earth's crust and deep within oceans. This form of life has been categorized as "extremophiles".

Researchers believe it may be possible that there could be extremophiles lying at the depths of these planets.

Nikku Madhusudhan. the lead author on the paper said, "Hycean planets open a whole new avenue in our search for life elsewhere." Adding, "A biosignature detection would transform our understanding of life in the universe. We need to be open about where we expect to find life and what form that life could take, as nature continues to surprise us in often unimaginable ways."

Anjali Piette, from Cambridge's Institute of Astronomy, and co-author on the study, said, "It's exciting that habitable conditions could exist on planets so different from Earth."

To read more on this study, check out this link here. 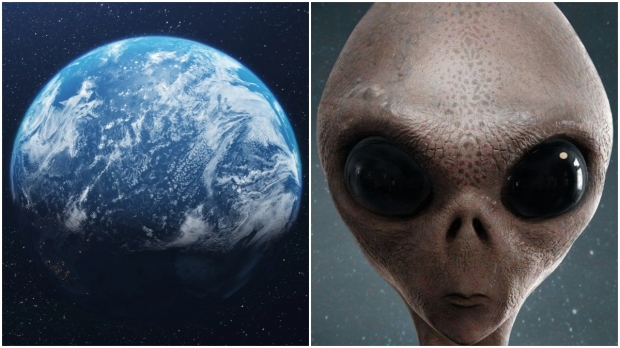