I'm sure we've all heard about the shitty thermal pads on some graphics cards these days, but this story takes it to another level -- a finger cot has been discovered underneath the cooler and wedged between memory modules and the cooler. Uhhh, check it out: 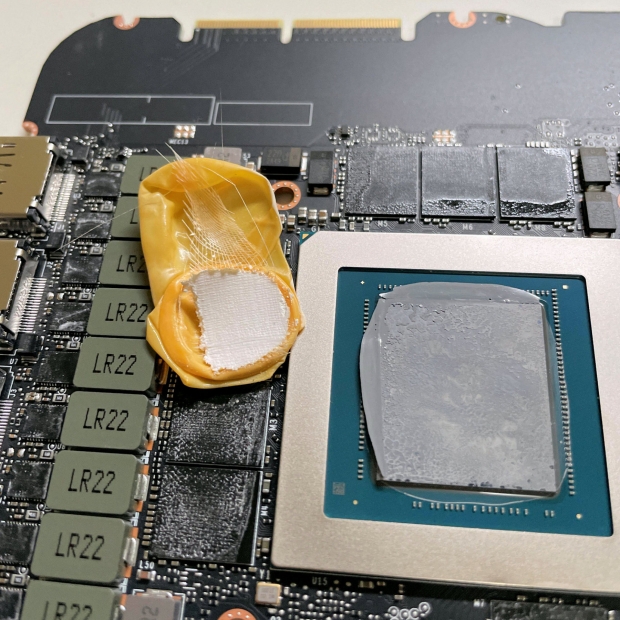 The 24GB of GDDR6X memory was running quite toasty on his GeForce RTX 3090 Founders Edition, with the memory modules hitting 110C. Once the card was disassembled, the finger cot removed, and the thermal pads replaced, the GDDR6X memory module temperatures dropped to a much more respectable 86C.

The NVIDIA GeForce RTX 3090 Founders Edition graphics card has some incredibly hot GDDR6X memory, with owners replacing the thermal pads with great effect -- 110C down to 86C is impressive. The issue is that low-quality thermal pads being found on a flagship RTX 3090 card is kinda pathetic to see.

Especially... especially from NVIDIA and their otherwise awesome GeForce RTX 3090 Founders Edition graphics card. It makes me want to open mine up and see if there's a special finger cot inside... but mostly to reduce the GDDR6X memory temperatures: 110C down to 86C is impressive to see.