Epic Games is under fire for allegedly copying Among Us in Fortnite's new Impostors mode, and gamers are accusing the billion-dollar dev from ripping off Innersloth. 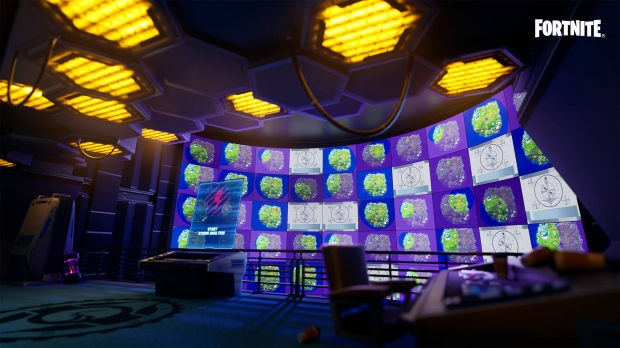 Fortnite now has a very sus new Imposters gametype that looks very, very familiar. Impostors has a very The Thing-style socially conspiratorial elimination system just like Among Us. Just read this excerpt straight from the Fortnite website:

Work together to root out anyone masquerading as a fellow Agent, but trust nobody completely - anyone could be an Impostor. If you find a fellow Agent's eliminated fragment, report it! Everyone will be teleported to The Bridge where you can inform Agents who you suspect might have betrayed the IO and vote them out.

The maps are pretty similar too.

Innersloth doesn't own the mechanics for Among Us--they didn't file a patent like WB did for the Nemesis System, for example--but some of the devs are disappointed with Epic's actions. The move is also uncharacteristic of Epic, a company who seems all too eager to collaborate with developers for crossovers.

"We didn't patent the Among Us mechanics. I don't think that leads to a healthy game industry. Is it really that hard to put 10% more effort into putting your own spin on it though?"said the co-founder of Innersloth on Twitter.

"It's okay though they flipped electrical and medbay and connected security to the cafeteria,"Among Us programmer Gary Porter said

"I haven't been Tweeting much recently because I've been working so hard on upcoming content for Among Us. So it feels weird to be compelled to tweet again because of stuff like this."

"I wasn't even around for the development of Skeld and I'm still kind of offended. Anyway that's my piece on the whole thing. Gonna get back to adding butts to among us or whatever."

Epic Games has yet to respond to the controversy.