At the end of last month, space enthusiast Rebecca thanked Musk for him supposedly following her on Twitter, saying that she's "delighted and honored" to receive a follow. Musk replied back to Rebecca with a very short and humorous message, saying, "Sorry, accidental tap", referring to how he must of "accidentally" followed Rebecca.

In some follow-up Tweets, fans of Musk said that it must have been his child named X who followed Rebecca, and Musk replied by saying, "He does like to play with my phone. There are many confusing videos he has taken." In other news about Elon Musk, SpaceX recently broke the world record for the tallest rocket ever constructed, more on that story here. 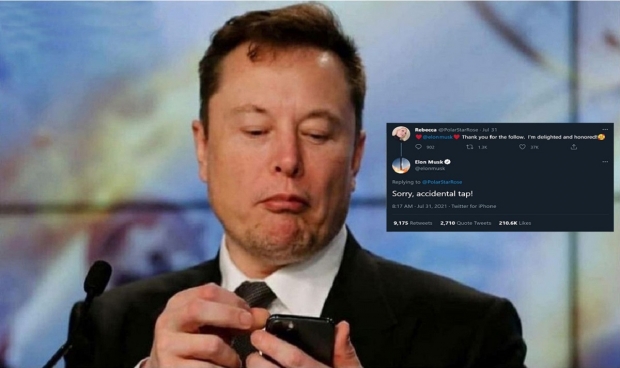