We all know that Elon Musk is a PC gamer, but now the SpaceX and Tesla founder has confirmed that he has a PC desktop with the "latest graphics card" -- as the GPU editor of TweakTown, I'd like to think he has a GeForce RTX 3090.

Musk also confirmed that he has an Apple Mac and a GIGABYTE laptop as well, after being pinged by Whole Mars that talked about the recent swipes that Musk has made at Apple -- and the fact Musk tried to meet with Apple CEO Tim Cook on the thought of acquiring Tesla, but Cook denied that meeting.

Anyway, the SpaceX and Tesla founder replied saying that: "Actually, I like & use Apple products. They are just obviously overcharging with App Store. I mean 30% fees for doing almost zero incremental work is completely unreasonable. Epic wouldn't bother processing their own payments if App Store fees were fair".

Musk was then asked by @WDWSpeakers about the t ype of computer he uses, and that they had always wondered if he had a "massive custom-built machine" or preferred a more "contemporary sleek workstation". Musk replied, saying: "PC desktop with latest graphics card, although I have a Mac too. GIGABYTE laptop".

AORUS is very happy to hear the news! 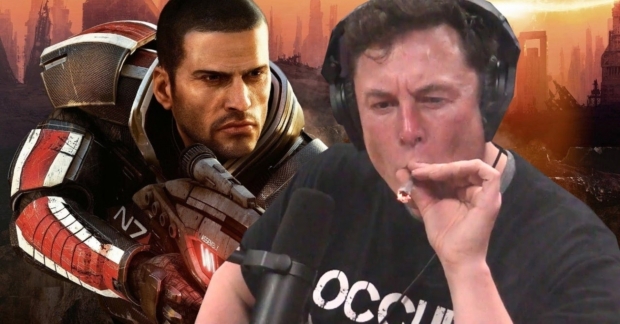