Though Gateway was a much stronger force back in the early to mid 90s, they are still currently ranked as the fourth largest PC manufacturer in the U.S. with shipments tipping 20 million PCs each year.

Here's what Acer have to say about the decision :-

"This strategic transaction is an important milestone in Acer's long history" said Acer chairman J.T. Wang. "The acquisition of Gateway and its strong brand immediately completes Acer's global footprint, by strengthening our US presence. This will be an excellent addition to Acer's already strong positions in Europe and Asia. Upon acquiring Gateway, we will further solidify our position as number three PC vendor globally."

and Gateway's feelings on the deal :-

"Joining with Acer will enable us to bring even more value to the consumer segments we serve and capitalize on Acer's highly regarded supply chain operations and global reach to expand the scope of the Gateway and eMachines brands around the world," remarked Gateway CEO Ed Coleman. "Acer has made impressive strides in the global PC market and the board and I welcome this merger."

You can read the official announcement from Acer here, and there's more comments about the merger over at the Dailytech folks. 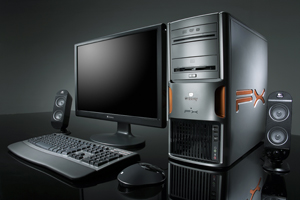 Taipei, Taiwan (Tech Messenger) -- Acer Inc. (TWSE:2353), one of the world's leading branded PC vendors, announced today it has entered into a definitive agreement to acquire Gateway, Inc. (NYSE: GTW). Gateway is the fourth largest PC company in the US and a leading retail PC provider. The combination will create a multi-branded PC-company with over US$15 billion in revenues and shipments in excess of 20 million PC units per year.

Under the terms of the agreement, Acer will commence a cash tender offer to purchase all the outstanding shares of Gateway for $1.90 per share, which represents total equity value consideration of approximately $710 million. The acquisition has been unanimously approved by the boards of directors of both Gateway and Acer and is subject to standard closing conditions, including approval under Hart Scott Rodino, Exon Florio and similar laws outside the U.S. The acquisition is expected to close by December 2007.