It was a few years ago that Defense Advanced Research Projects Agency (DARPA) showcased live tests of a bullet that was able to hit its target no matter the environmental factors.

Now, the YouTube Channel Dark Footage has recently posted a video that explains how the bullet works and why it's both impressive and terrifying. DARPA, an arm of the Department of Defense, has a program running under it called Extreme Accuracy Tasked Ordnance (EXACTO). EXACTO converted .50 caliber bullets into guided rounds, which allows for snipers to direct fired bullets mid-flight towards their desired targets.

These maneuverable bullets are able to bypass environmental factors such as weather, wind, or target movement that would otherwise cause difficulty for a sniper to hit their target successfully. The bullets are equipped with an in-flight guidance system which Dark Footage says are also equipped with optical sensors located on the nose of the bullet. These optical sensors reportedly hone in on the spot placed on the target by the sniper. Dark Footage also states that even recruits were able to score direct hits when using it for the first time. 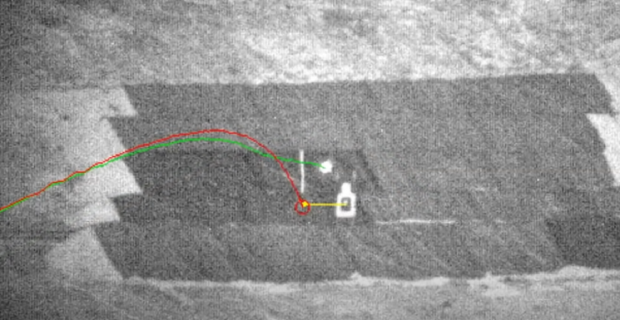